Last week, New Balance unveiled their 2017 runDisney designs.  In case you're new to this whole thing, four years ago New Balance (the official shoe partner of runDisney) began doing special, limited-edition shoes available only at runDisney race expos.  And people (runner and non-runners alike) have gone absolutely nuts for them!  The past several years, they have created two neutral and two stability options based on beloved Disney characters.  Okay, now that we're all caught up, this coming year will see a significant difference.
Next year features designs based on beloved Disney attractions.  Disney has put more emphasis on their rides lately - this year saw limited edition shirts based on rides for the Magic Kingdom's 45th anniversary.  I have to say, I'm a little surprised.  I may be missing something, but I'm not sure attractions will have the same pull as characters.  I've bought New Balance runDisney shoes the past three years - Cinderella (2014), Tinker Bell (2015), and Ariel (2016). 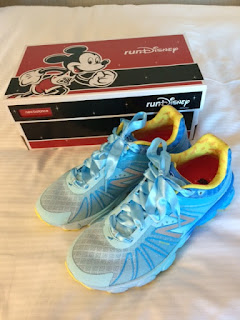 I bought Cinderella because they were pretty, Tinker Bell because they were cool (glow in the dark AND wings), and Ariel because it's the Little Mermaid (hello childhood obsession).  New Balance has also done a great job of putting in the little details that really add the "cool" factor to the shoes - including hidden designs, themed inserts, and special shoe boxes. 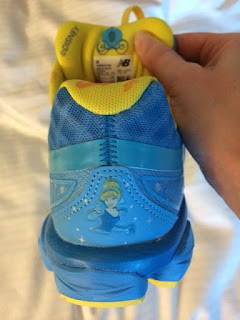 I'm sure New Balance will also add fun elements to these new shoes, but I just have to say they don't seem ... well pretty.  I feel like they are missing the boat by not pulling on our heartstrings with adored characters.  I don't know that the throngs of princess runners will line up for these new designs.  Maybe I'm wrong and I'll try to withhold judgement until I get to see them in person, but this runDisney addict is still shocked.

What do you think?  Do you like these designs?
Will you line up to purchase any of them in 2017?
Posted by Lindsay Loves Running at 6:07 PM