Is it the last weekend in November already?  Where is 2016 going?!  It's been a busy month for me - personally, professionally, runningly (yes, I realize I completely made that word up).  However, most of that activity was loaded into the first half of the month and so I've spent most of the back half recovering.  Which leads to my monthly runfessions!

1. I runfess that I've been bad this Black Friday.  I'm trying not to think about the money I've spent in the last 24 hours.  The good news is that I have nearly ALL of my Christmas shopping done.  On the flip side, I've bought more for me than I usually do, which makes me feel (probably unnecessarily) guilty.  Am I excited about all of these things? Yes.  Did I get a fantastic deal on all of these things?  Again, yes.  Do I work hard to make the money I spent on these things?  You better believe it.  I'll have to figure out how to let it go! 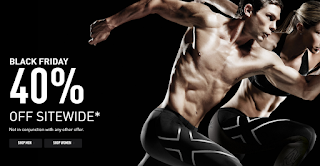 2.  I runfess that I've been trigger shy on a couple of races (which is definitely not like me).  I think the biggest reason is that I don't have anyone - yet - to run with me and races just aren't as much fun for me without the social element.

3.  I runfess that I have felt like a running slacker lately.  I'm still recovering from the New York City Marathon, but I'm starting to feel a little anxiety about being really prepared for the Disney Princess Half Marathon (I'm doing the 5k, 10k, and Half Marathon).  I usually don't do a hard-line training plan unless we're talking about a marathon, but I do believe that I need to get a little more on the band wagon or else I'll risk getting off of my routine. 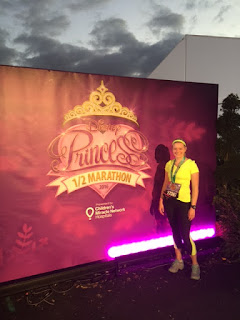 4.  I runfess that I'm behind on the blog.  Hopefully I've been keeping up reading and commenting on your awesome entries, but I've not been writing enough of my own.  I'll get back on it - promise!

5. I runfess that I'm still not adjusted to these winter hours.  I love sleep and I'm really good at it (I'm talking 8-9 hours a night), but these short days are messing with me.  It feels like the older I get, the harder it is for me to adjust to changes in time - daylight savings, different time zones when traveling, etc.  Who knew my body and brain were so change averse?! 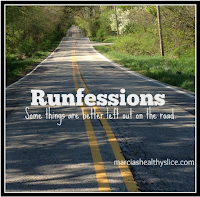 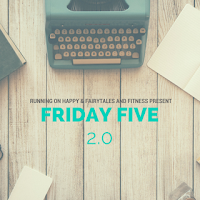 I'm linking up with Marcia's Healthy Slice for Runfessions as well as Fairy Tales and Fitness and Running on Happy for the Friday Five 2.0.  Check them out!

What's your favorite running "splurge?"
What's the next race you're really excited about?
Posted by Lindsay Loves Running at 5:24 PM